So my background is mostly in GNU/Linux, I’ve ditched Windows long ago and I still dabble with Mac OS X (though an older version). Since February I have been doing a bit of work on IBM AIX systems, particularly with PowerHA (HACMP) clusters. I’m not going to pretend to be an expert but I have found using UNIX almost like speaking a strange dialect or creole. Everything is so similar and yet so very different.

It’s not surprising that this is the case because of the exciting history of UNIX and the emergence of GNU (GNU’s Not UNIX) and BSD (Berkeley Software Distribution of UNIX). Unsuprisingly, packages are regularly ported between GNU/Linux and BSD. Even more surprising is seeing the odd GNU package on IBM AIX.

Since 2016 I’ve been dipping my toes into OpenBSD and to help myself get started I have been reading Absolute OpenBSD: UNIX for the Practical Paranoid. 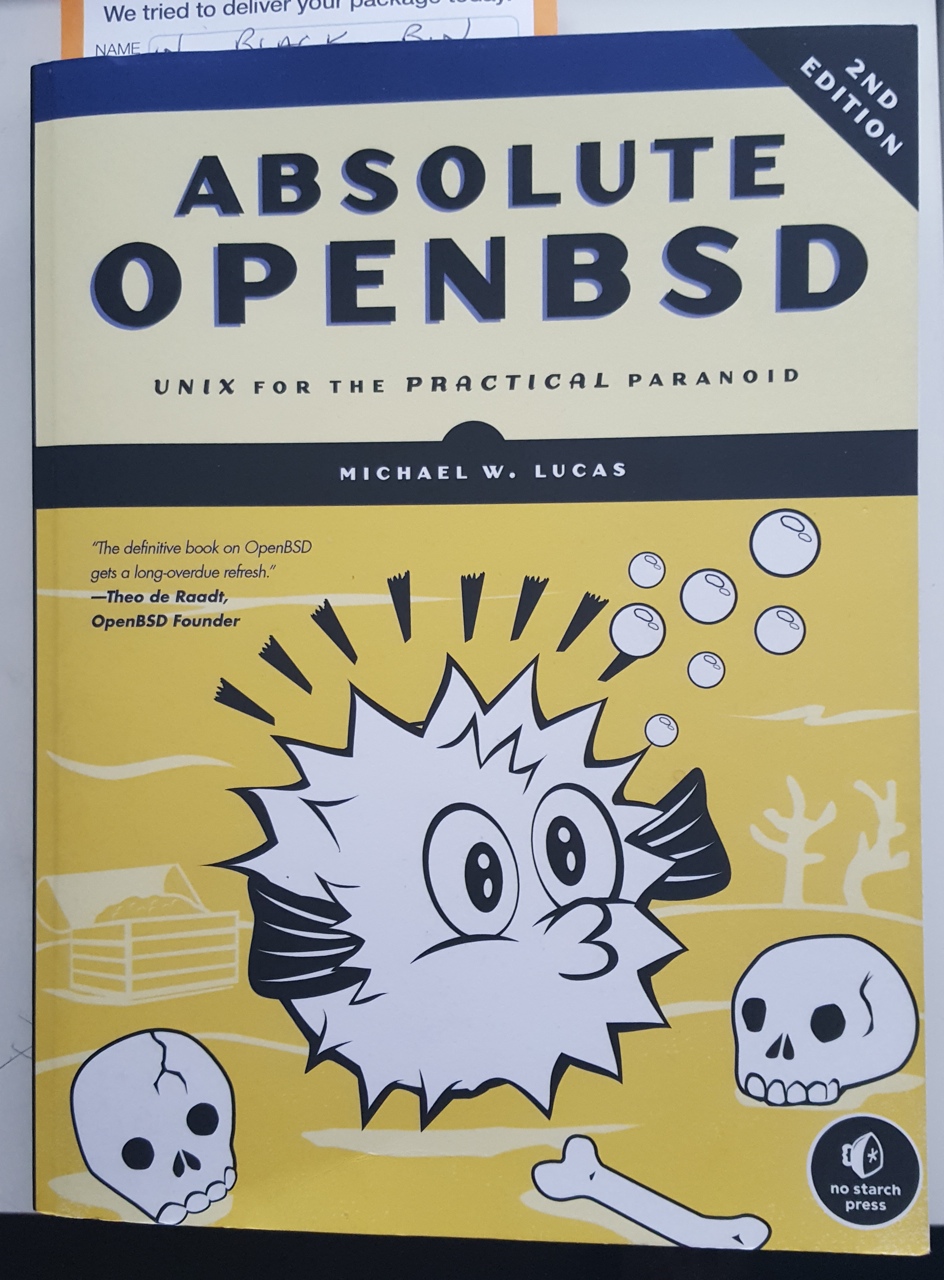 I’ve not finished this book, however I have to highlight its value. I’m not going to spoil any of the wit and humour for what should be a dry read, however the real value I have found looking at the inner workings of the OpenBSD operating system’s configuration.

How does this help a Linux geek? Actually a surprising lot. There are a number of useful tips on running a secure and stable OpenBSD server, however a lot of these tips can translate into GNU/Linux.

Good examples you can take with you on your GNU/Linux, BSD and UNIX journey include:

There are many more areas covered, I’ve just named a few. If you’re having to switch between different UNIX-like OS, it is definately worth reading and dabbling into unfamiliar technology. You might learn something about your own yard!